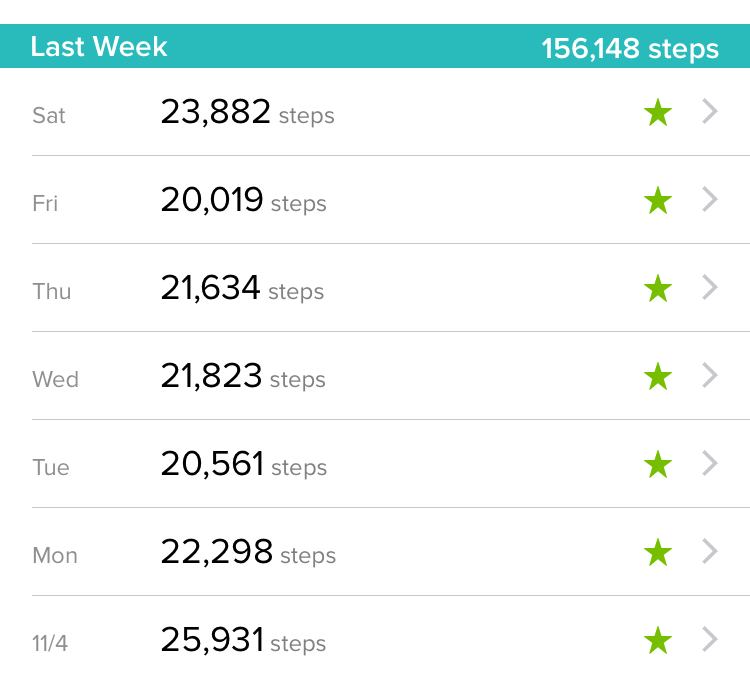 Last Tuesday I took a walk at 2:07p. I needed steps. Sure, there are always benefits to moving more and sitting less. But, if I didn’t have a goal of reaching 20,000 steps every single day for a year with no break I would not have been out on a walk.

Four days later, on Saturday, we celebrated my mom’s birthday. She turned 80. Mom also has a Fitbit. Her goals are modest compared to mine. But, that’s not the point. Mom also likes to move. She has lived her entire life moving…towards people. 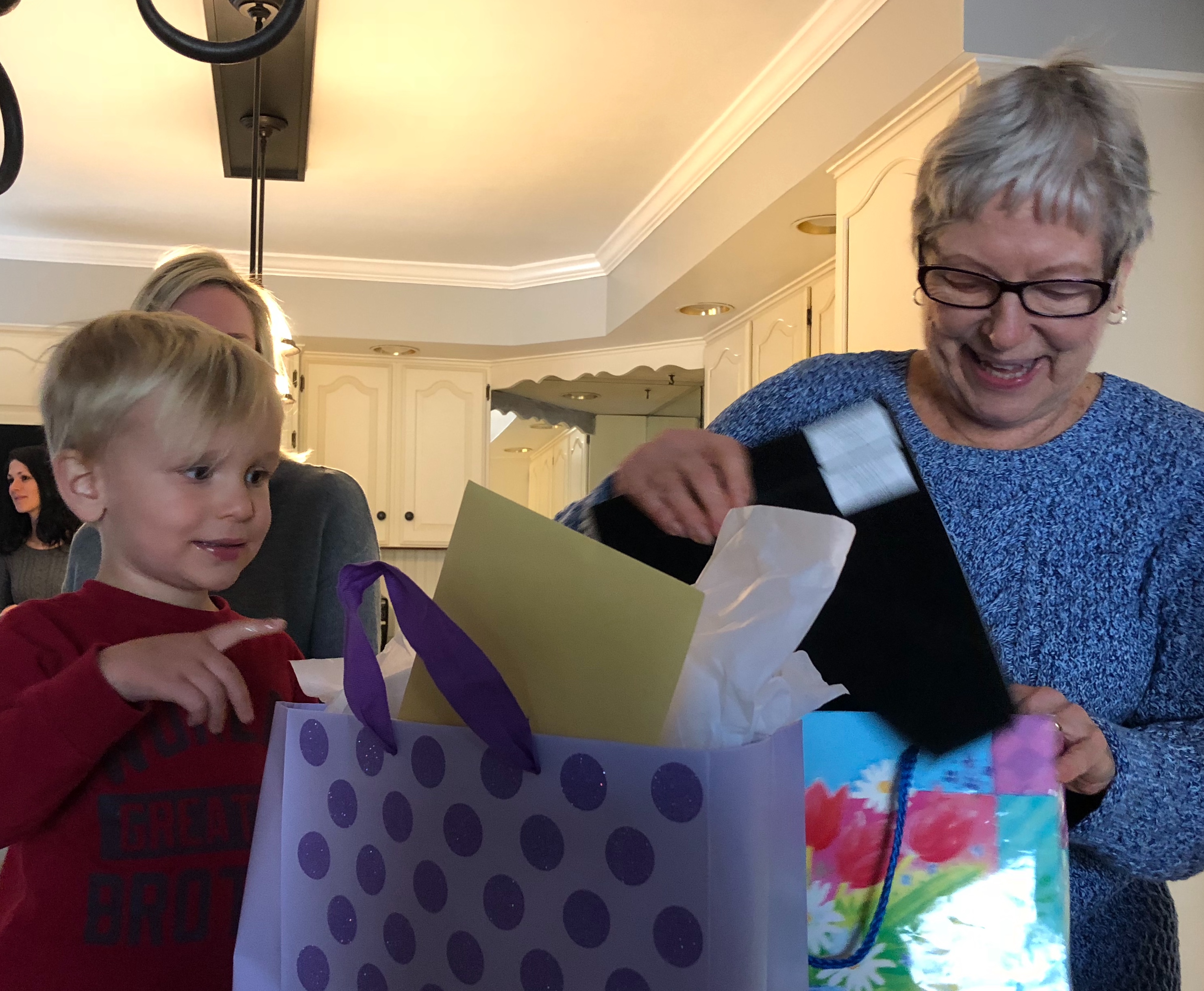 Allow me to tell her story using three days as examples.

My parents were not sports fans. They were so uninterested I didn’t know baseball existed until I was nine years old. That’s no exaggeration. It’s not that they were trying to hide it from me, it simply NEVER came up. But, when I discovered the Baltimore Orioles as a nine year old I was hooked. I went from 0 to 60 mph in five-seconds flat.

Every game that was on TV, I watched. The rest I listened to on the radio. I started collecting baseball cards. I went to my first game in person when I was ten. Seeing the Memorial Stadium field for the first time is a memory I’ll never forget.

Still, my parents never wavered in their uninterest. They remained steadfast. Which is why October 7, 1973 is so special. That’s the day my mom took me to see a playoff game at Memorial Stadium. It was the Orioles against the Athletics. We lost the game, but my mom and I still talk about an amazing catch made during the game by Oriole outfielder Al Bumbry up against the left field fence.

I didn’t appreciate, until I was much older, what a sacrifice Mom made that day. She drove into the city…something she never did. She had to find a place to park, which was rarely easy at Memorial Stadium. She sat through an entire game, but never let on how much it didn’t interest her. And, then she had to navigate the drive home through the city during the busy afternoon commute. And, she did all this before Waze could point her in the right direction. And, she did ALL this because she cared what her 13 year old son cared about.

As much as mom loved being a mother, I think she has enjoyed being a grandmother even more. She was thrilled when her first grandchild was born in 1989. And, she was equally thrilled with the 12 that came after that.

From the day Christopher was born mom was intentional about being a part of their lives. She invested time with each grand child one-on-one. Two of her grandchildren live on the other side of the country and she flies out consistently to spend time with them too.

Before we had children, Ava and I decided we would home-school them. We wanted to be their primary educators. We looked forward to the challenge and the adventure. We were excited when that first day of home school finally arrived.

She offered to take Christopher to her house one day a week for school. We loved the idea and quickly agreed. We also thought it would feel more official if Christopher got to “go to school” on the first day instead of simply sitting at the dining room table. 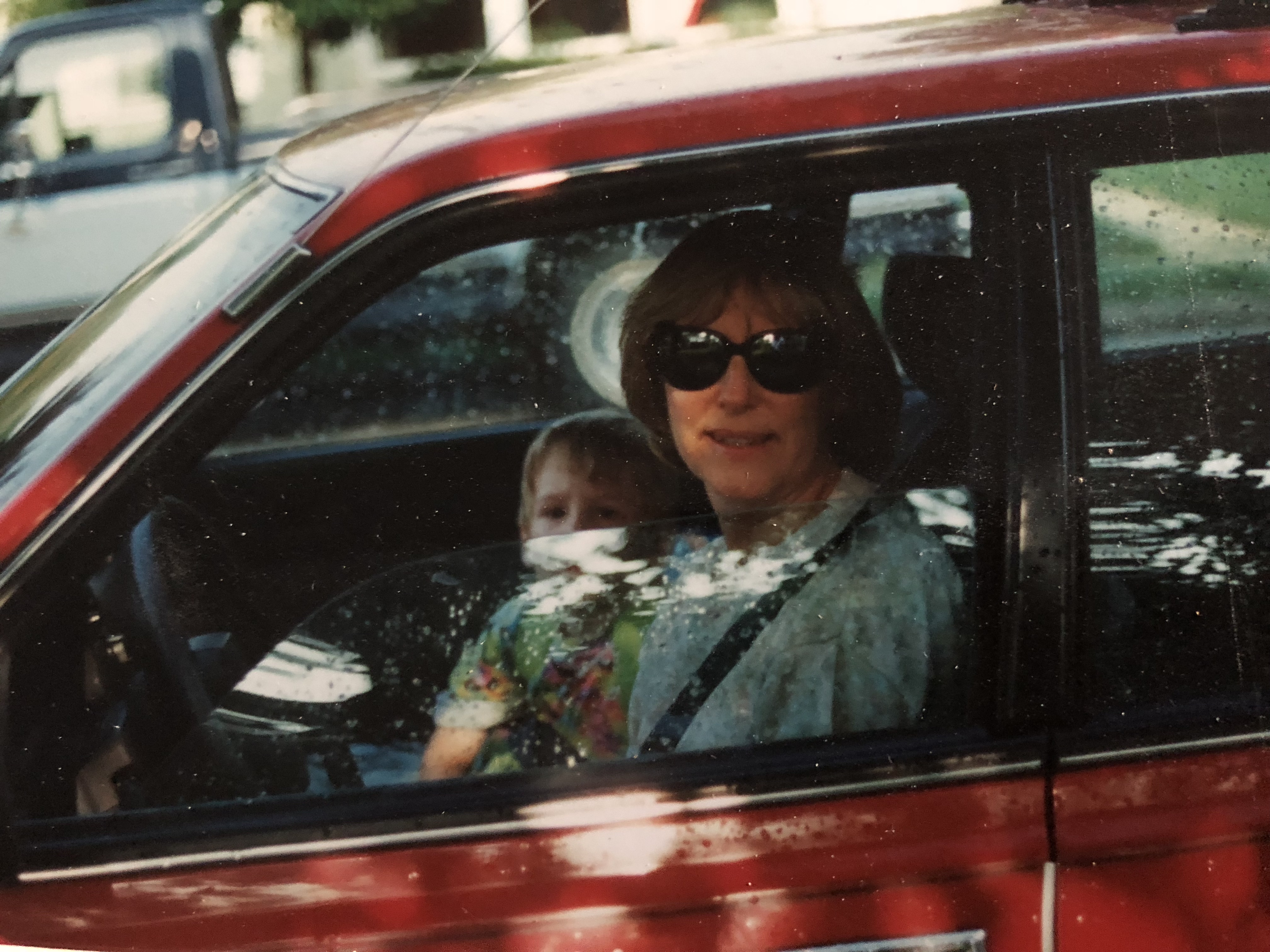 So, on September 8, 1993 mom picked up Christopher with his back pack and off they went to Grandmom Elementary School. I have no idea what they did that first day, but it doesn’t matter. It was one more memory my mom made with the people she loves.

And, here come the great-grandchildren.

Mom’s grandchildren are now giving her great grand-children. She’s just as interested in them and wants to be apart of their lives too.

Gone are the one on one days with each, but mom is still being intentional with the newest generation. Mom looks for every opportunity to connect with them. She has family events at her house. Once a month, she hosts four of her great grandchildren at her house for lunch. Their parents are invited too.

For awhile she would drive 30 minutes to our house to spend a couple hours with our daughter, Grace, and her son, Judah. It was easier for mom to come here than drive to Grace’s house. And, that was good because I got to watch mom connect with her new great grandson on February 11, 2016.

Judah isn’t even three months old yet, but I suspect this day will be forever in his memory. 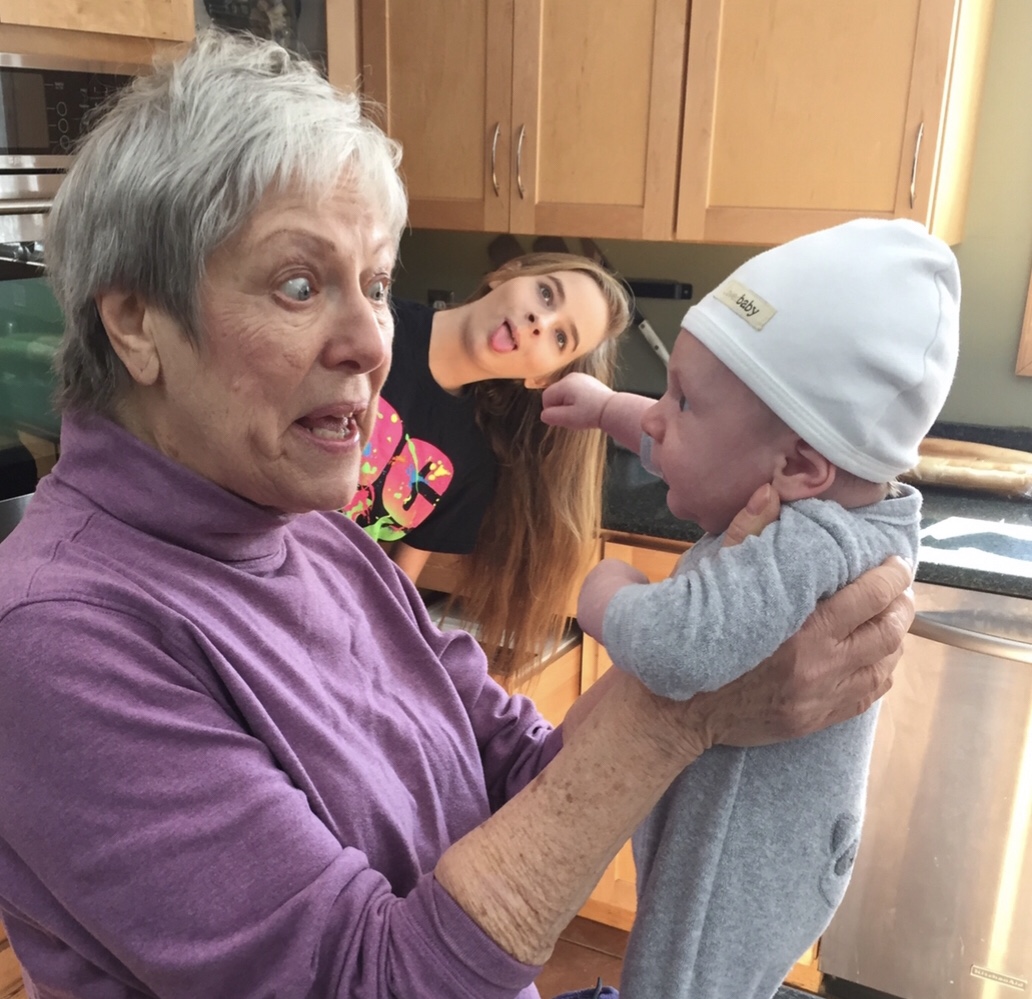 I love this picture. It’s mom doing what she loves. Making memories. Showing love. (btw-that’s my other daughter, Emma, with the photo bomb)

Mom has a Fitbit too. She’s active and strong. I’m grateful she takes her health seriously and is committed to moving as much as she can.

So, are all steps created equal? My walk on Tuesday was all about reaching a goal. The steps on my mom’s Fitbit are all about investing in people.

You be the judge.

2 thoughts on “Are All Steps Created Equal?”