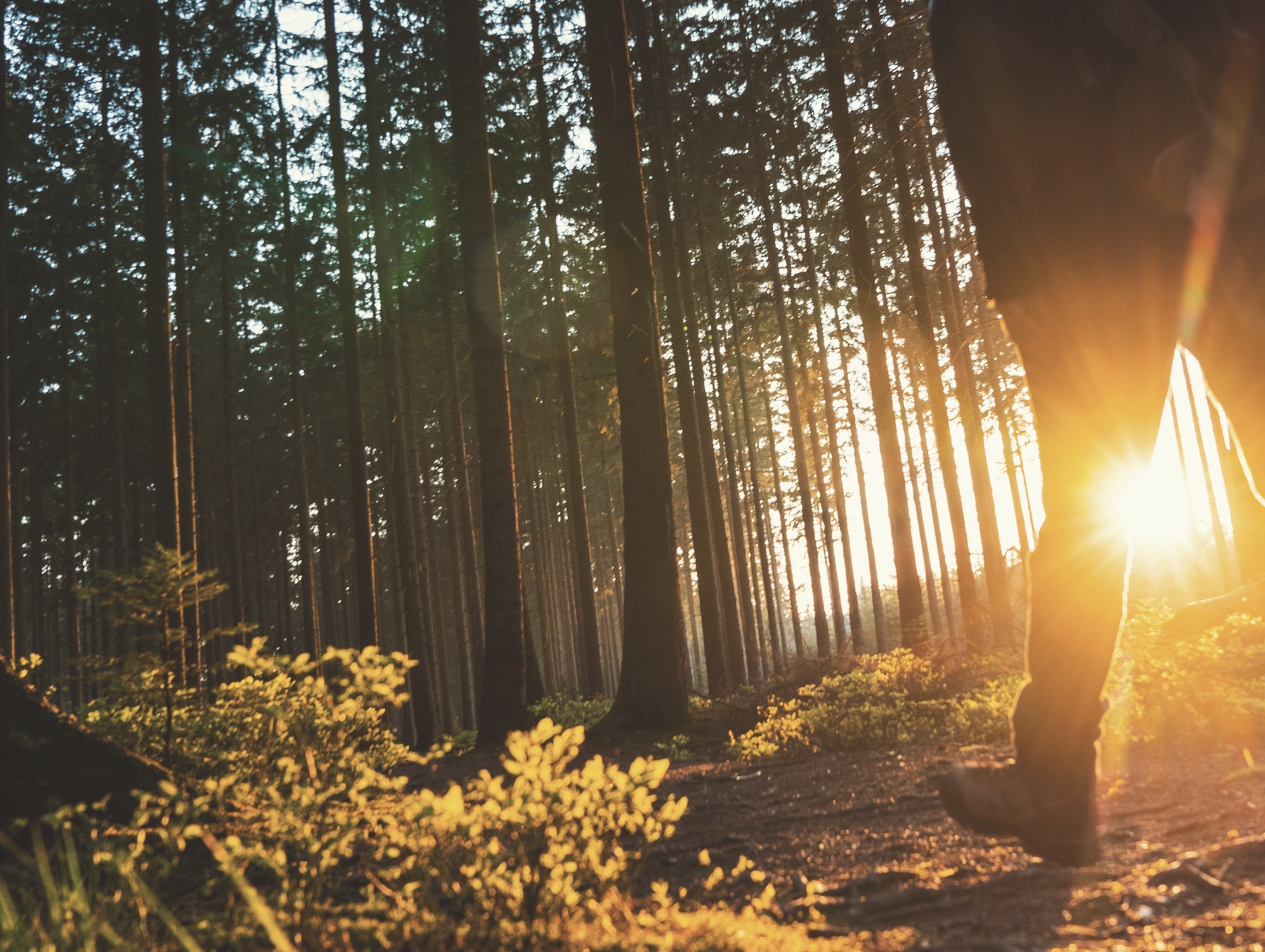 I used to be a runner. I still remember the moment that became past tense for me. It wasn’t an injury that ended it. It was a thought.

As I was wrapping up a three mile run over at the park I couldn’t wait to do my one mile cool-down walk. That wasn’t the first time I had that thought, but this time it was followed by a second thought…

“Why don’t I just walk instead”.

I was a runner for almost five years. I enjoyed it. I especially loved doing races. But, during every run my mind was totally focused on what I was doing. I was thinking about my pace, what hurt or was starting to twinge, how to handle the hills, and so on. It didn’t matter if I was running two miles or 20…my total focus was on mechanics.

That’s why the cool-down walk was so great. My mind was free to wander and think about other things. That ten minute walk became an oasis for me. On that final run I realized I was running simply for the walk at the end. That’s when I decided to making walking with a Fitbit my exercise. I’ve never regretted it, except for this…

Running was better for my ego.

I had medals. Big, heavy medals. When I trained at the park and passed someone running the opposite direction there was the little nod acknowledging we were both part of the same “club”. Running has its own magazines, websites, and stores. There is the almost universal appreciation of the toughness of runners.

As someone who walks for fitness I occasionally felt “less than”. There are no dedicated stores or magazines for walkers. There is no special “hey, we’re walkers” wave at the park. And, now when I walk though the neighborhood in bad weather people don’t think I’m tough…just weird.

It took me awhile, but I finally realized why I felt that way. Anybody can walk. There’s no special skill needed. My three year old grandson probably gets more steps each day than me. There’s no trendy Walkfit gym I can join. In fact, when I’m out for a walk I’m doing the same activity as someone who’s going through the grocery store with a shopping cart full of junk food.

But, none of that matters. Walking for fitness is working. I had two physicals this year and both came back strong. But, it’s not just the physical benefits. There are nine ways my step goals have changed my life in ways that running never did. I wrote about those and you can read that entire article HERE.

Does this mean walking is as effective as running? I’m not a doctor, but all things being equal probably not. And, I’m sure the same could be said when walking is compared to other forms of high intensity exercise. There are lots of different ways to get fit and some options are more effective than others. The bottom line, according to the experts, is we all need to move more and sit less.

But, here’s the thing. I personally know lots of people who have tried other things…Crossfit, swimming, running, weight training, and more. They dove in the deep end and gave it their all. And then gave up. Meanwhile, for six years I’ve added link after link to my chain of fitness. Consistent and steady day after day, week after week, year after year to where I’m now getting at least 20,000 steps every day. You tell me which is more effective.

This past summer I applied for life insurance. The results of the physical were so good they tried to supersize my policy because, apparently, I’m a pretty good risk for them. In looking over my health results, the rep said, “Whatever you’re doing, keep doing it”.

I think I will.

If you have struggled to win at fitness I believe this blog  can turn that around for you. I’m currently in the middle of a 5 point plan to help you do just that.

Part One is all about HOW you start your fitness journey. You give yourself the best opportunity for a Fitness Win by starting small. Really small. You can read it HERE.

Part Two is about the finish line. Having one is important, but where you place it is even more important.  You can read that HERE.

Part Three arrives next week. If you have a history of fitness fails, this will help you turn that around.

Click the FOLLOW button (below if you’re reading on your phone…to the right and above on your computer) and you’ll get that article as soon as it’s posted along with the rest of the plan as it becomes available.