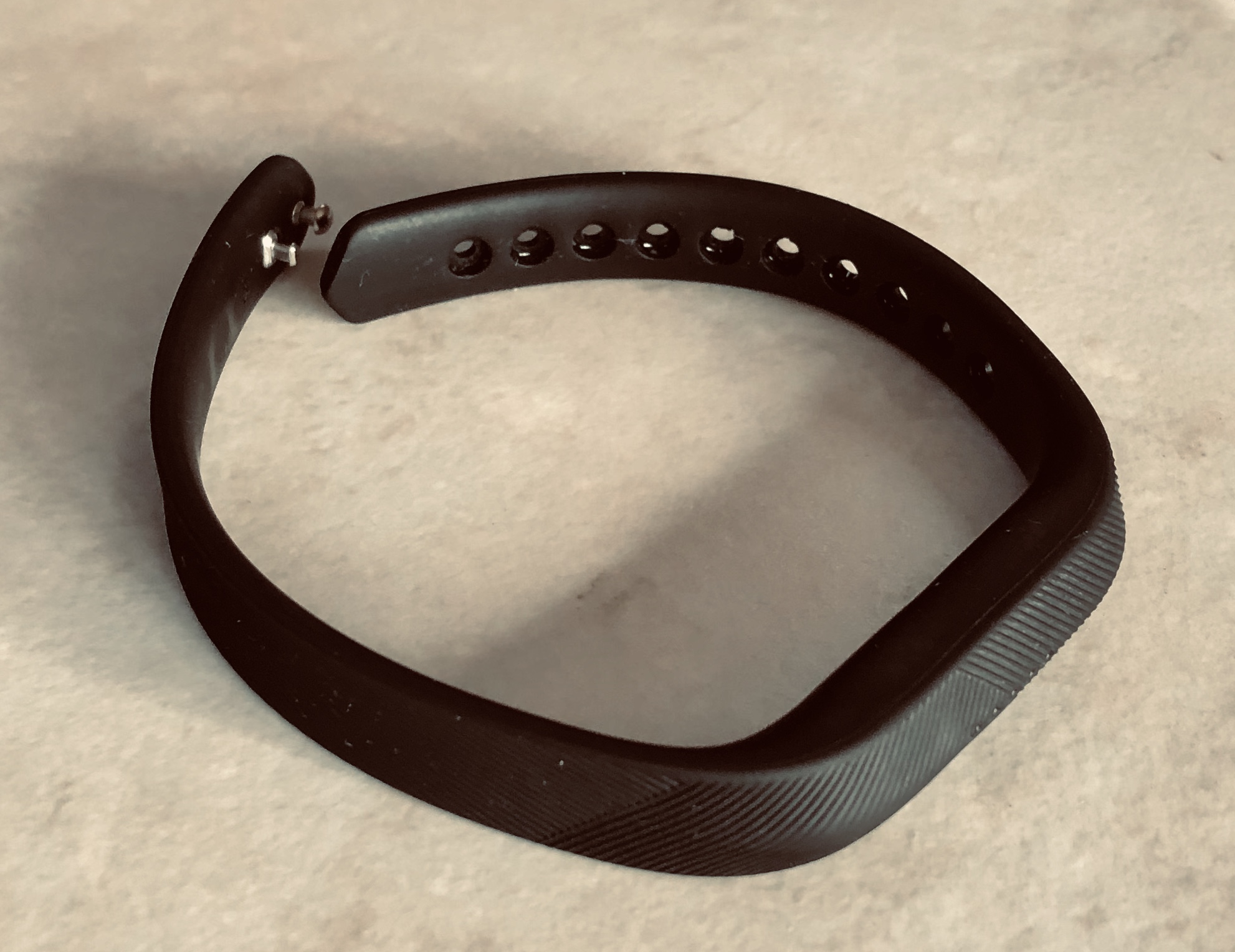 Buying gifts exhausts me. I simply have no idea what to get so I’ve resorted to “jumps out at me” shopping. I walk around a store and I hope something “jumps out at me” and announces how it would be the perfect present. I also hope this happens within five minutes. After that I start feeling anxious.

A few days before Christmas, two years ago, I was shopping and I stopped to look at the Fitbit display. As a Fitbit devotee, I was simply curious about what was currently available. But, it happened. The Flex 2 jumped out at me saying my daughter’s name.

Grace was a new mom. She enjoys running and tries to get on the treadmill several times a week. She’s also competitive and I thought she’d enjoy tracking her steps. It can be dangerous giving a fitness tracker as a gift. Will the recipient think you’re trying to make a subtle point? But, with Grace I knew it was not only a safe gift, but one she would enjoy.

I was right. It was the best “jumped out at me” gift I ever bought. And, then something totally unexpected happen.

It jumped out at me again.

The next time I saw Grace she was wearing her new Flex 2. I fell in love with it. A few days later I bought my own.

I’ve been using Fitbit technology since the beginning of 2013. It has transformed my journey from exercising to lifestyle fitness. I’m currently doing a 20k One Year Step Challenge. That’s at least 20,000 steps every day for a year with no breaks. I started on September 1, 2018. My Flex 2 has counted most of those steps. I also have a Fitbit Blaze. That was my primary step tracker until the Flex 2 pushed it aside. Now, the Blaze is the back up.

Sadly, the Flex 2 has disappeared from Fitbit’s website…just like the Blaze. I don’t know if this means Fitbit is getting ready to launch a new version (there’s been no indication of that) or if they are trying to move customers away from the lower cost models. The Flex 2 is still available on Amazon. I wanted you to have the opportunity to grab one before they are gone completely.

So you’re aware…the links provided take you to Amazon. If you purchase a Flex 2 I will get a small commission to help cover the cost of this blog. It won’t cost you any extra. If you’re not comfortable with that, feel free to open a separate browser for Amazon.

Without this nothing else matters. I’ve been using Fitbit devices long enough that I have a pretty good feel for how many steps I should have whenever I check, and the Flex 2

I’m also happy with the battery life. I get about three days between charges. I also really like that it still has a lot of hours remaining after I get the low battery warning. I’ve gone half a day before putting it back in the charger. The Flex 2 has never died on me.

This was why I fell in love with the Flex 2

.It has a slim profile on my wrist. I’ve never been a big fan of wearing watches so this gave me a great alternative to my Fitbit Blaze. It didn’t take long before the Flex 2 became my primary Fitbit. You can choose four different band colors. I like mine black.

Because of it’s slim profile, the Flex 2

feels very light on my wrist. I almost don’t even know it’s there. The band is comfortable on my skin. For someone who doesn’t like wearing watches, the Flex 2 is perfect.

is actually two separate pieces. There’s the step tracker itself which is about 3/4 the size of a small AAA battery. The second piece is the band. The plastic tracker component slips into a pocket on the underside of the band. This band is rubber and protects the past step tracker. 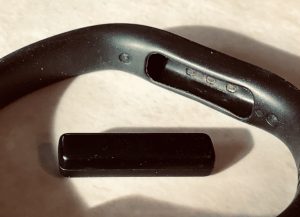 That means I can do anything while I’m wearing my Flex 2 and not worry about breaking it. I’ve worn it doing yard work, house projects, and cooking without any issues.

in the shower, the pool, the ocean, and out for long walks in the rain. Never an issue!

I get up really early for my job. Like 2:20a early. Sleep is a big deal for me since I live right on the edge of not getting enough. I like being able to see just how much I’m getting thanks to Fitbit technology. To be clear, the Flex 2

doesn’t track sleep stages like my Fitbit Blaze, but it does give me a pretty good idea of how much I’m getting.

when I gave it my daughter. It’s a great value. It was an easy decision to buy it as my back-up Fitbit, but all the other reasons quickly made it my primary step tracker.

The thing about the Flex 2

that most reviews call a downside, is actually something I’ve really come to enjoy. The Flex 2 does not have a numeric display. I can’t look at it and see how many steps I have. It does have four lights that glow as you’re moving towards your goal. I rarely even use that.

I can check my actual step count by looking at the Fitbit app on my phone. The Flex 2 and my phone sync easily and all it takes is a quick look to see my exact step count. I thought that would be an annoying feature, but it’s actually turned out just the opposite for me.

Since I can’t glance at the Flex 2 to check my steps, I’ve become less obsessed about it. I’m still committed to reaching my goal…and I every day I do, but when I’m wearing the Flex 2 I’m not checking it all the time. I really like that…which I didn’t think I would.

In addition to the different color bands, you can also wear the Flex 2

device in specially designed bracelets, necklaces, and pendants. I’ve not used these, but they are available if you prefer.

Additionally, you can also purchase a 12 Pack

of different colored Flex 2 bands giving you a bunch of fashion forward options.

is hard to beat for the value. I highly recommend it.