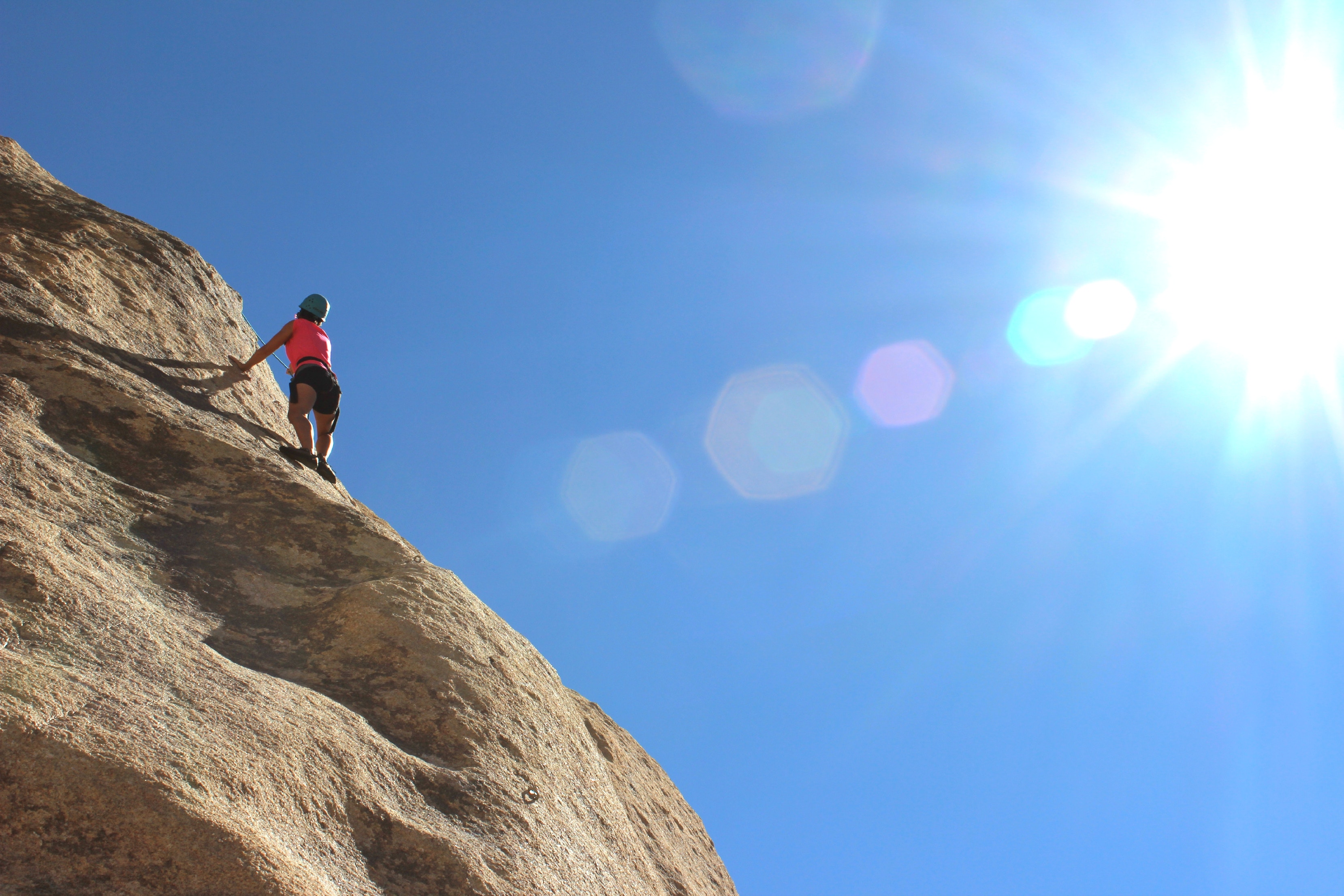 Steve looked rough. Sounded a little rough too. Steve is part of our morning show and he suffers from spring allergies. They were hitting him hard and also giving him a bonus headache. But, he showed up. He wasn’t contagious and staying home wouldn’t have helped him feel any better so there was no reason other than personal comfort for him to not show up. After the first hour, Steve started sounding better. He never felt any better, but he performed well and (except for that first hour) our listeners did not have clue how tough Steve’s morning was for him.

No one would have faulted Steve for taking the morning off, but that’s not how my friend is wired. My wife, Ava, is the same way.

She underwent daily radiation for breast cancer last December. One of the side effects is a bone-numbing fatigue. She felt all of it. That’s not a good thing when you are training for a 50 mile run in the spring.

The thing about radiation fatigue is there in nothing you can do that will make it better. You can’t rest it away. You also can’t get “sicker” by not resting. Still, no one would have faulted Ava for doing nothing while getting her treatment. But, that’s not how my wife is wired. She kept running. She showed up even when it was not comfortable.

Fitness is especially vulnerable to being sidetracked by discomfort. What can we learn from Steve, Ava, and others who show up when it’s not comfortable? How can we keep our fitness journey moving forward when it’s physically not easy and we would rather take the day, or week, or month off?

Here’s what I’ve learned from those who show up when it’s uncomfortable and hard.

They Have a Deep Why

You should never underestimate the power of motivation that runs deep. Who can forget the grisly story of Aron Ralston whose arm became trapped under a boulder while he was rock climbing by himself in a remote area in Utah. He tried for three days to get free, but it didn’t work and he had no way to call for help. To survive, Aron had only one option remaining. He had to amputate his own arm…or he would die. He did the unimaginable and was finally able to crawl out of the hidden boulders where he was rescued four hours later by a search helicopter. It’s a terrible and glorious story about the power of motivation.

If you are pursuing fitness because you’ve been told you’re supposed to or it’s what everybody else is doing it won’t take much discomfort to derail your efforts. You might even start looking for excuses.

The good news is that it is possible to find a deep motivation to power your fitness journey. It’s not easy, but it is possible. You learn more HERE.

They Know the Value of Doing Something Hard

I’m convinced if you give my wife, Ava, a choice between the easy way and the hard way she will pick hard every single time. It took me a while to understood why.

It’s been told that Thomas Edison tried at least 1,000 different ways to make a light bulb before finally finding the right combination of materials. The easy thing for Mr. Edison would have been to just keep using candles. But, the truly valuable things in life are never easy. It’s not easy to invent a light bulb. It’s not easy being a parent. It’s also not easy to lose weight.

It’s no surprise Steve came to work the morning his allergies were raging. He has a history of showing up…of doing the hard thing.

At the beginning of 2018 Steve decided to get serious about dropping more than 200 pounds. He found an eating plan that he believed would work for him and made a commitment to stick with it…for the rest of his life. Steve is in his mid 30’s and he knew that simply dieting would not accomplish his long-term goal. He needed to transform the way he ate. It’s been 16 months and Steve hasn’t strayed once from his plan. Not a single day. Not a single bite! That’s a hard thing, but Steve is reaping the rewards as his weight continues to drop.

My wife doesn’t just choose hard over easy because it’s a thrill. She has always been able to see past how hard the short-term journey might be to the eventual outcome that has value. That’s why she continued training through the fatigue of radiation. Yes, it was hard, but Ava knew that showing up would make doing that 50 miler possible once her treatment was done.

Fitness is hard. It’s tough to show up when you’re tired, or sore, or just plain don’t feel like doing the work. But, the long-term value we get tomorrow is worth the discomfort we feel today. If this is a struggle for you, I have some good news. It can change. And, it might not be as hard as you think.

I bet there is already an area in your life right now where you show up when it’s not comfortable. In fact, I bet there are many areas. Maybe, fitness isn’t one of them, but you can probably recognize the others. That should encourage you. You do have what it takes to do hard stuff when you’re “why” is deep and you understand the long term value.

This is one of the great benefits of showing up when it’s uncomfortable. You build confidence. When you continually choose the harder road it makes it easier and easier to keep doing it.

Ava runs when it’s uncomfortable. She runs in the cold, heat, rain, snow, and wind. She runs when her body feels great and she runs when it hurts. She runs when she has energy and when she is tired. How she feels doesn’t matter. It was no surprise that she kept running through the radiation fatigue.

There are foods Steve is no longer allowed to eat with his weight loss plan. He could eat them, but he made a decision not to. That’s hard, but my friend hasn’t wavered. That gives him a growing confidence that allows him to lean into all sorts of uncomfortable things…like even being on the radio.

Before Steve joined the morning show he had no radio experience. Zero. And, doing radio the right way is not easy. Steve is building his skills because he has the confidence to keep trying new things that are uncomfortable.

Imagine having a live microphone in your face with thousands of people listening on the other side. You’re expected to say something compelling, entertaining, and keep it short so we can get back to music. It can be nerve wracking, but Steve hasn’t backed off once. It’s been fun to watch and, honestly, it’s personally inspiring.

It’s not easy to show up when you’re uncomfortable. But, you can learn how to do the hard thing. And, the more you do it the easier it becomes. Momentum builds. You still feel the discomfort, but the decision to show up becomes less difficult.

I just finished Week 32 of my 20k One Year Step Challenge. My goal is at least 20,000 steps every day for a year with no breaks. And, yes, there are days when it is not comfortable to show up, but I’m learning to be more like Ava and Steve.

You can too. Coming in May you will have a unique (and fun) opportunity to turn your fitness journey around and start Winning at Fitness. If you are already moving in the right direction, you’ll have the opportunity to build even greater momentum.

I’ll be rolling out more details soon. Click FOLLOW (below on your phone or to the right and above on your computer) and you won’t miss a thing.