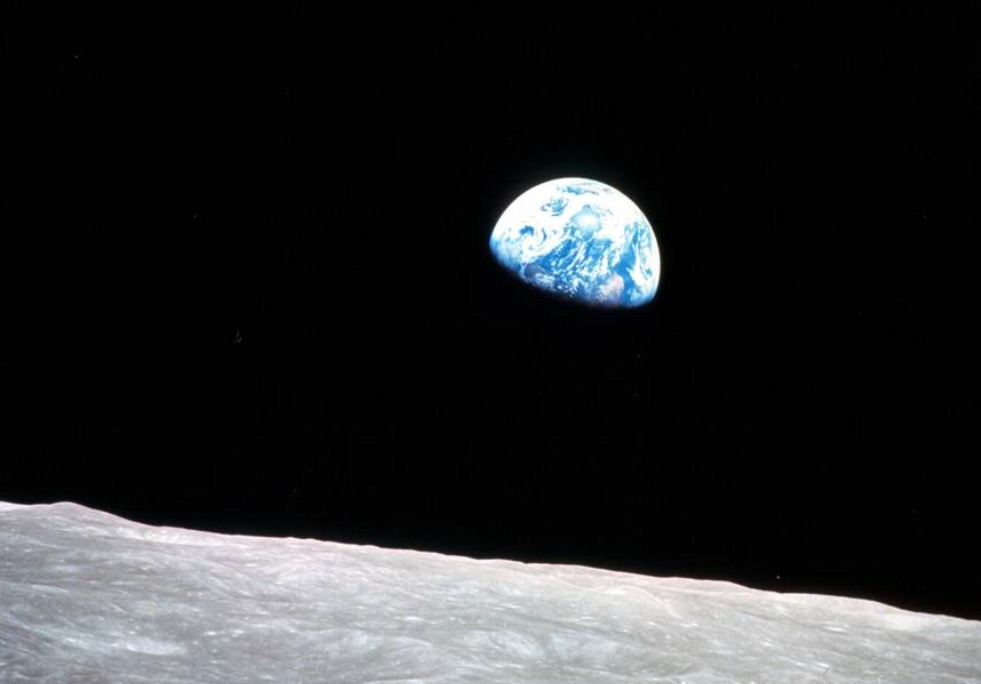 It looks hideous. There’s a riding lawn mower parked behind our garage. It’s covered with a green vine that I’m afraid to pull off because I think there might be poison ivy mixed in. The headlights are broken from when our son thought it would be fun to shoot it with a BB gun. The battery is long dead and don’t know if it would even start with a new one. 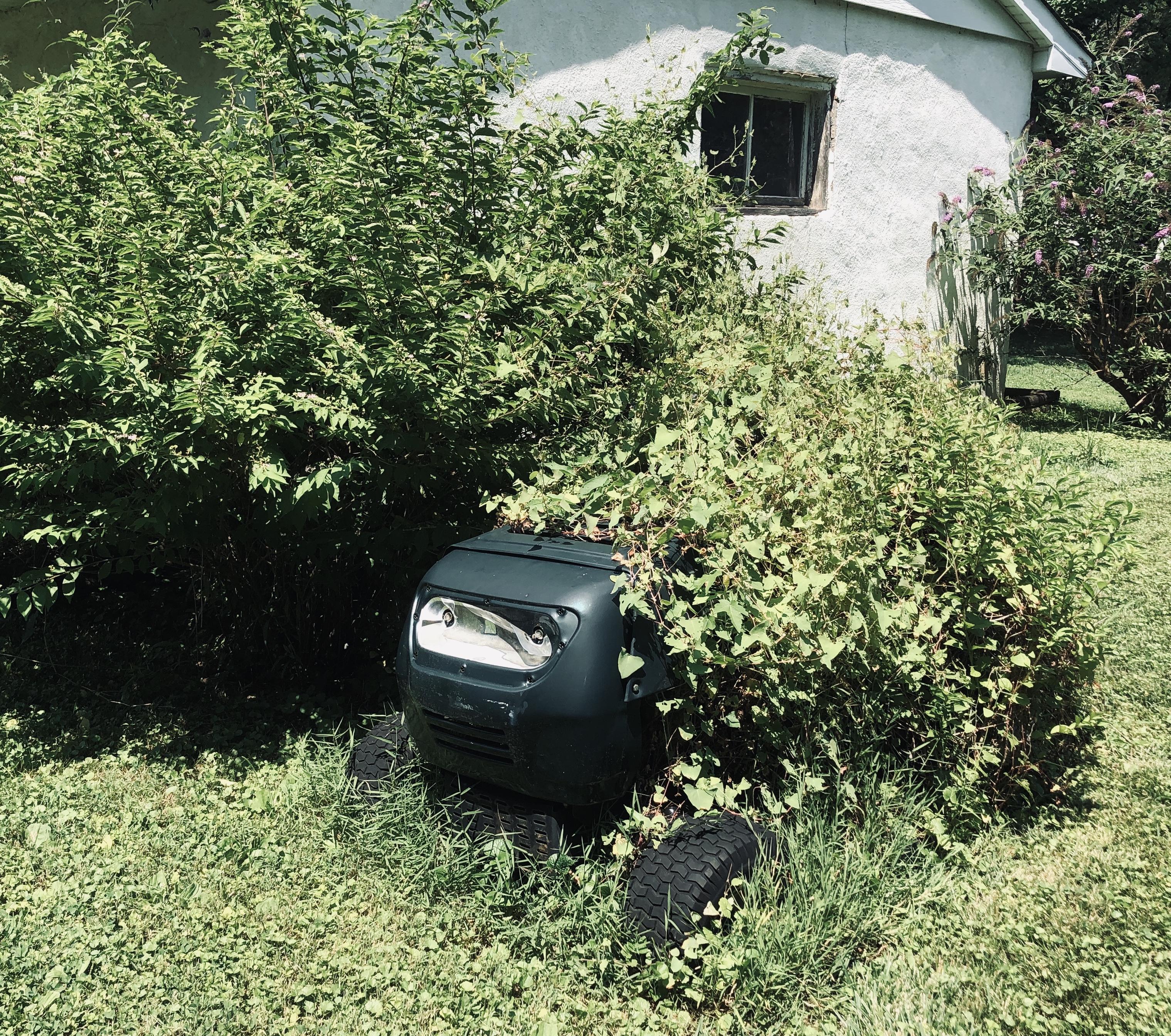 My sister-in-law gave me the mower when she moved from a house with a yard into a condo. She didn’t need it anymore. I used it a couple times to cut our half-acre, but then stopped. It hasn’t moved since. I quickly realized I much prefer pushing a mower to sitting on one. Cutting the grass, for me, is a fitness activity. I didn’t want to give that up.

That’s the beauty of walking for fitness. The world is your gym. You can do it anywhere and at anytime. And, summer gives you plenty of opportunities to walk more and make fitness an even bigger part of your lifestyle.

In addition to cutting my lawn, here some other ways I enjoy making the world my gym during summer. Feel free to borrow as many as you like.

The beach has been a part of my summers as long as I can remember. I’ve written extensively about our annual vacation to the Outer Banks of North Carolina. This year’s vacation happened during my 20k One Year Step Challenge. That meant at least 20,000 steps every day on vacation. You can read about how that happened HERE.

In 2012 my doctor found a Basal Cell Carcinoma on my nose. This is form of skin cancer is rarely fatal, but the treatment can sometimes leave brutal results. Mine was easily taken care of, but I don’t want to risk another one. So, I take lots of precautions when I’m at the beach. I apply sunscreen every 90 minutes, wear a wide-brimmed hat and, spend lots of time under a big umbrella. I also limit my time in the afternoon sun. As much as I love feeling the warmth of the sun on my skin as I walk along the water’s edge, it’s just not safe for me to do much of that.

But, it’s a different deal early in the morning. I’m up early every morning we’re on vacation and I head right for the beach to watch the sun rise over the ocean. And, I walk while I watch. 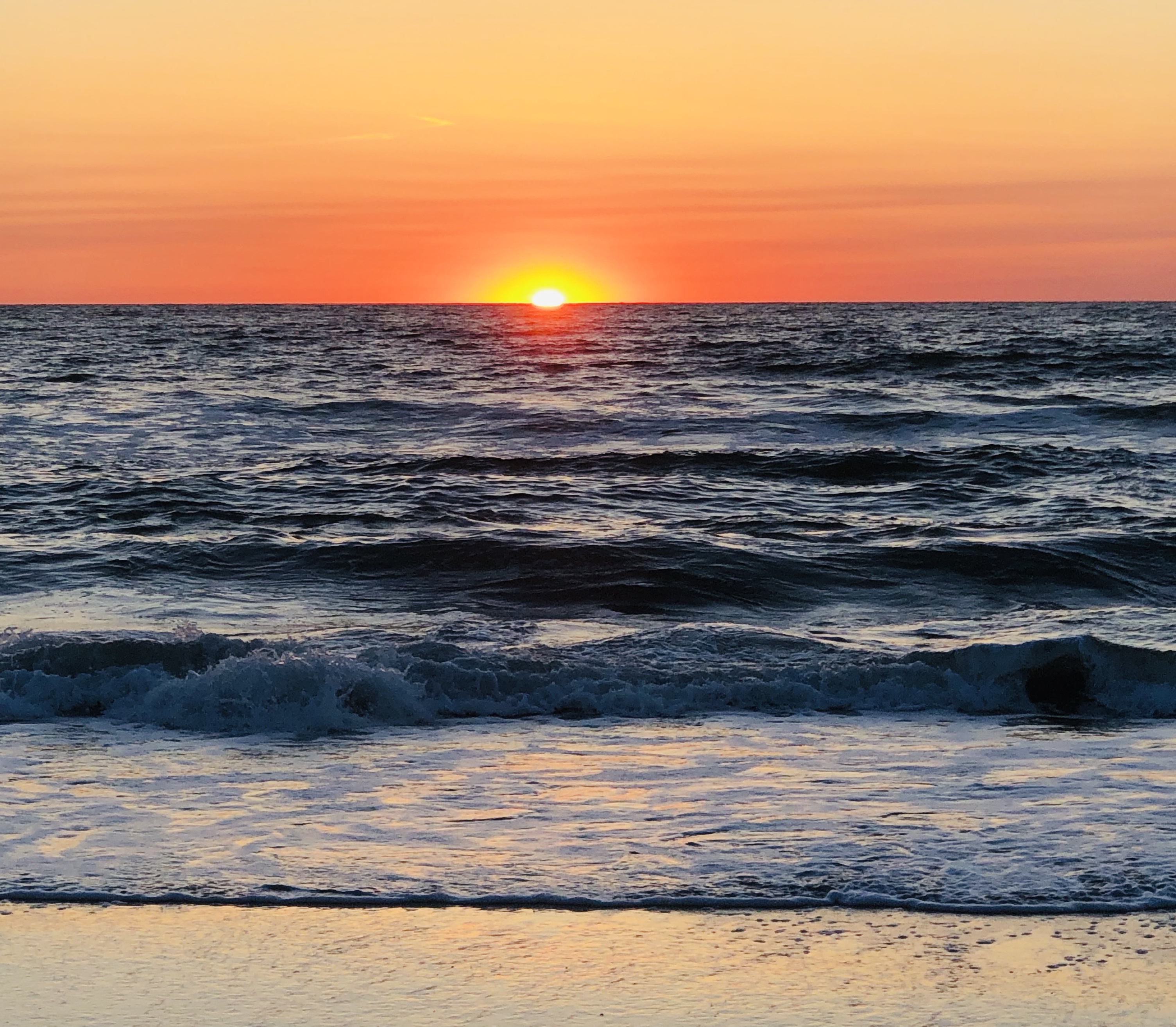 These early morning walks are safe and I take full advantage and go many miles.

I was walking through the city and it was time to head back to the car. But, instead of going straight to the car, about two miles away, I decided to turn left. I’d never walked that way before. A couple blocks in I was beginning to think I made a mistake. The neighborhood quickly transitioned from hip and upscale to borderline sketchy. But, I kept going and after a few blocks more I found myself in a part of Washington DC I’d never seen…and it was magical.

I grew up less than a half hour from DC. Even now, I’m about an hour from my driveway to staring at the US Capitol as I approach the parking garage I use near Union Station. 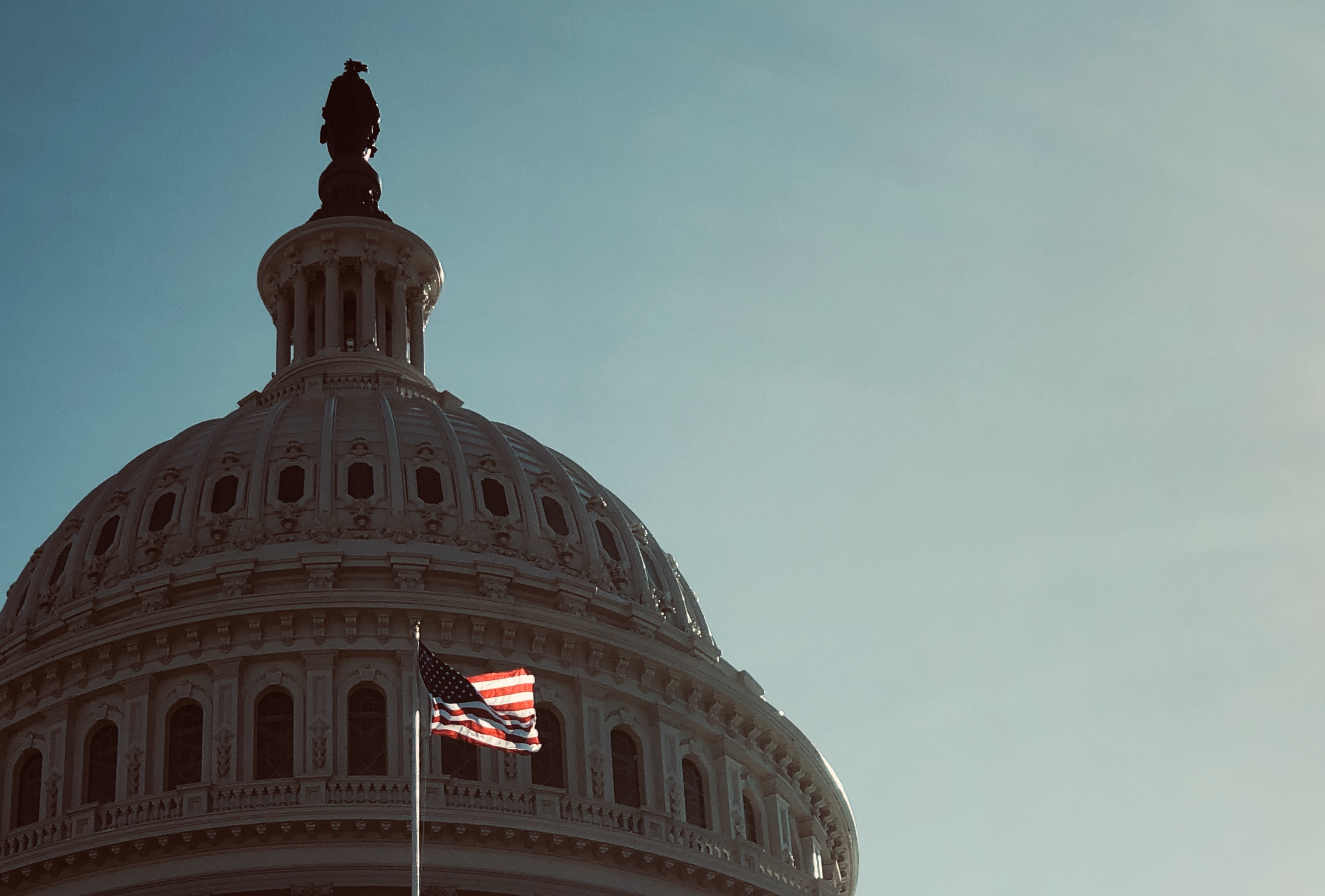 One of my favorite things to do is explore DC by foot. I have a pretty good sense of the city now and really enjoy improvising my way around to see what I can find.

It was a couple months ago that I turned left instead of heading straight back to the car. That’s when I discovered a new part of the city for me called The Southwest Waterfront. It’s an area of shopping and restaurants on the Potomac River south of the National mall.

And, it’s not just DC. I love walking through downtown Baltimore by the Inner Harbor. 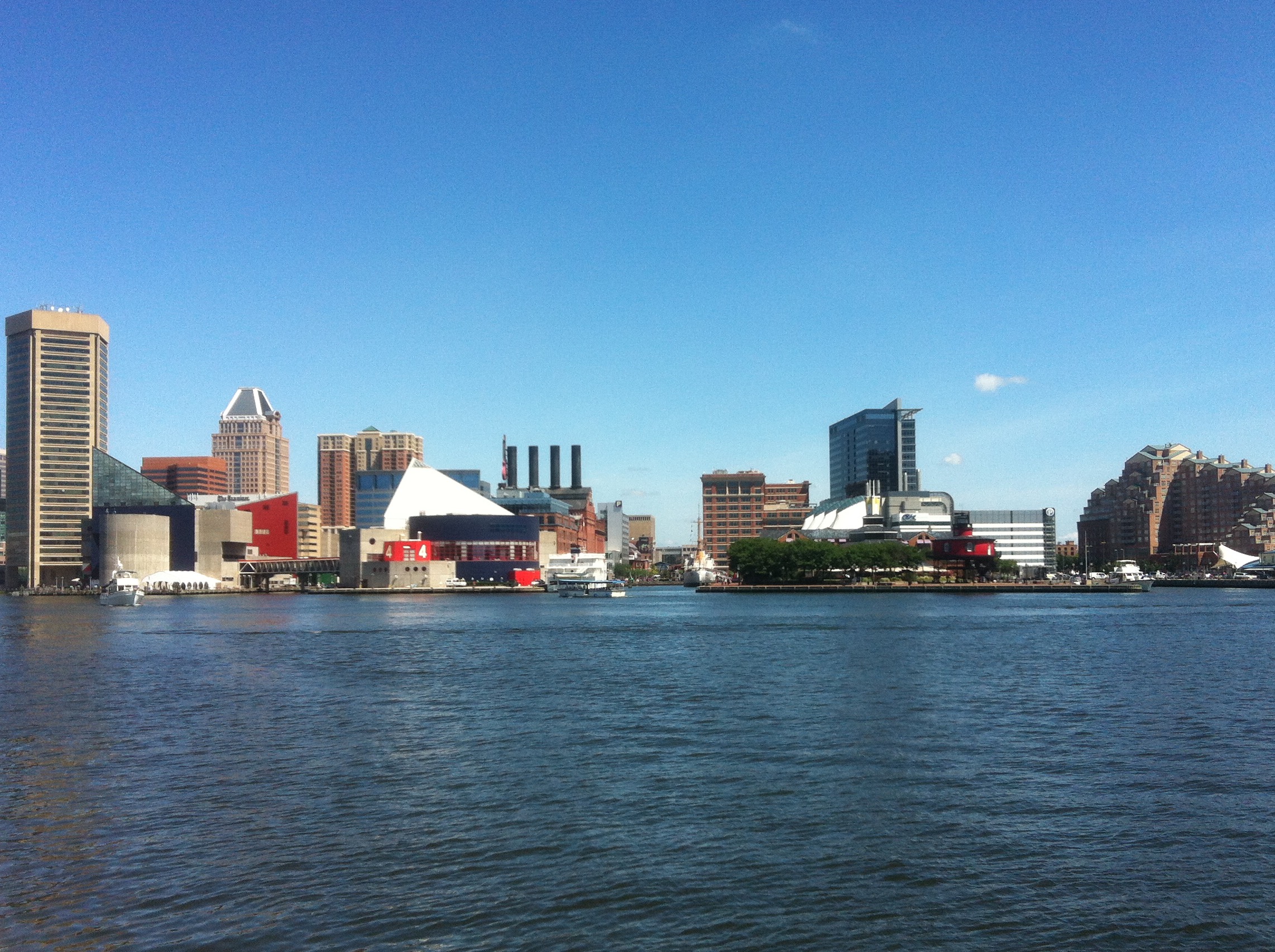 There’s an eight mile trail along the harbor from Canton all the way to Harbor East.

Last summer I had the opportunity to visit Philadelphia for a few days and logged a lot of miles getting to know the city where we declared our independence.

But, my absolute favorite city to explore is New York. There’s so much to see and I feel like I’ve barely scratched the surface. 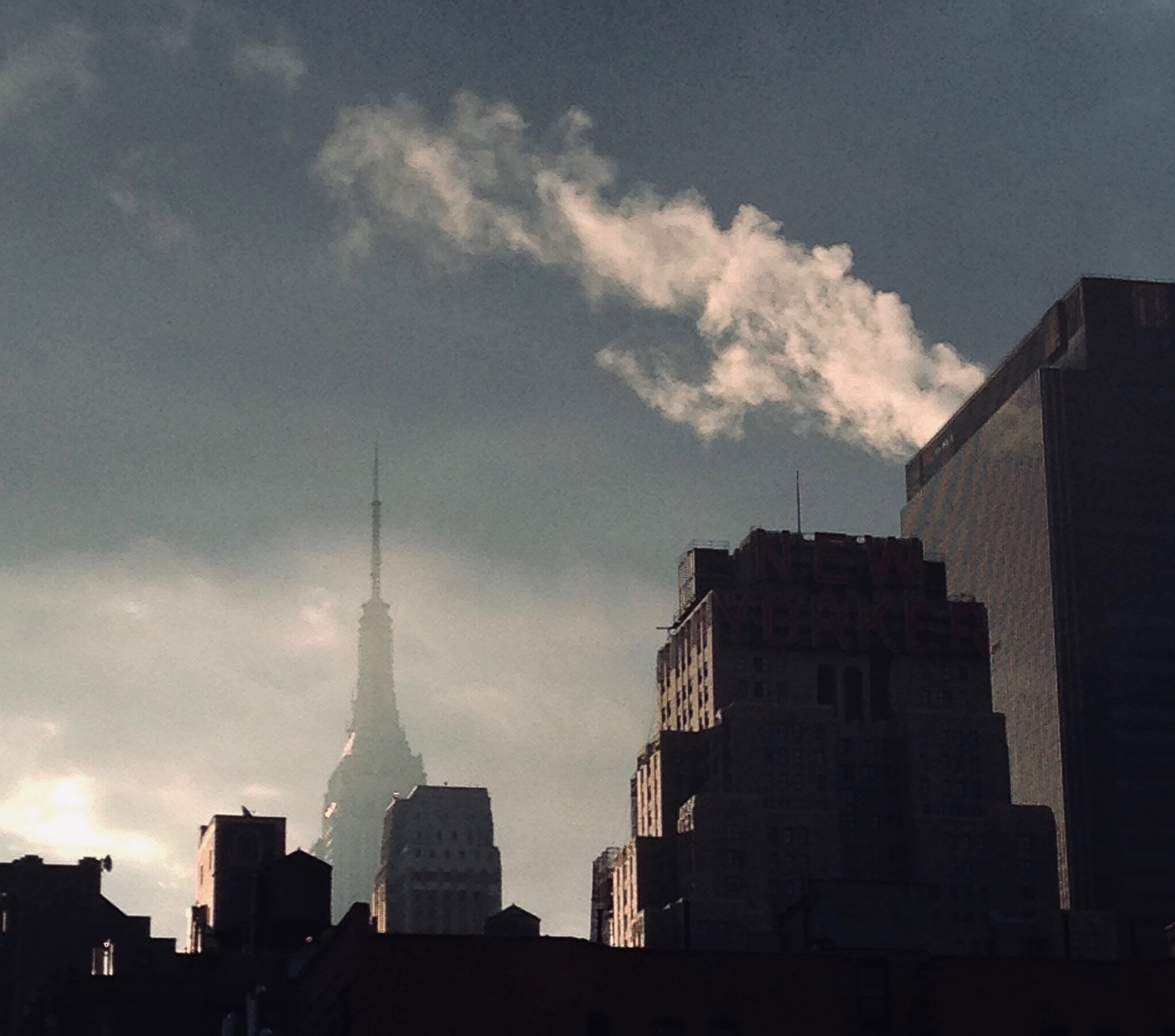 Every time I go I take the unexplored left turn to see what I can find. I must look like I belong, though, because several years ago I was walking from Mid-town to Lower Manhattan and was stopped THREE TIMES by tourists who wanted directions.

I bought the cheapest ticket available on StubHub. I didn’t care where my seat was because I had no intention of using it. The ticket for Opening Day was merely my admission into Camden Yards, one of the best places to watch a baseball game anywhere (San Francisco’s stadium might be a little better since it overlooks the water. Very impressive scenery if the game gets boring).

I enjoyed Opening Day from lots of different angles. I watched a couple innings from the flag court out in right field. From there, I walked over to the bullpen area for another inning. Camden Yards also has a walkway on the lower level around the entire stadium. 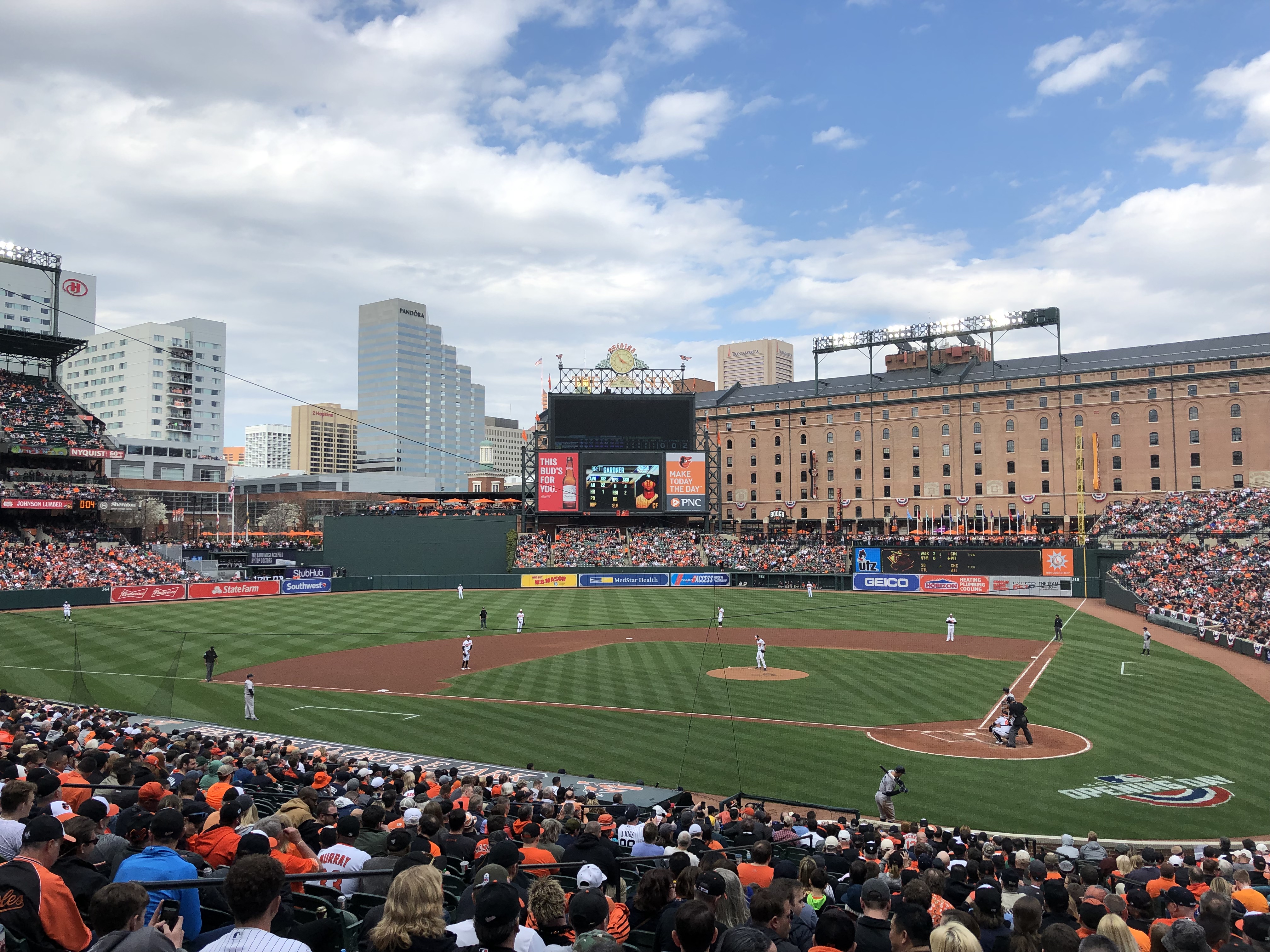 That allows you walk around the entire perimeter of the stadium and not miss a single pitch. I did that a few times. Then I went to the upper level and found a few fun places to watch the game.

I saw U2 in concert a couple summers ago at FedEx Field near DC. I arrived early and walked around the outside of the stadium enjoying the crowd. I even saw the band arrive. 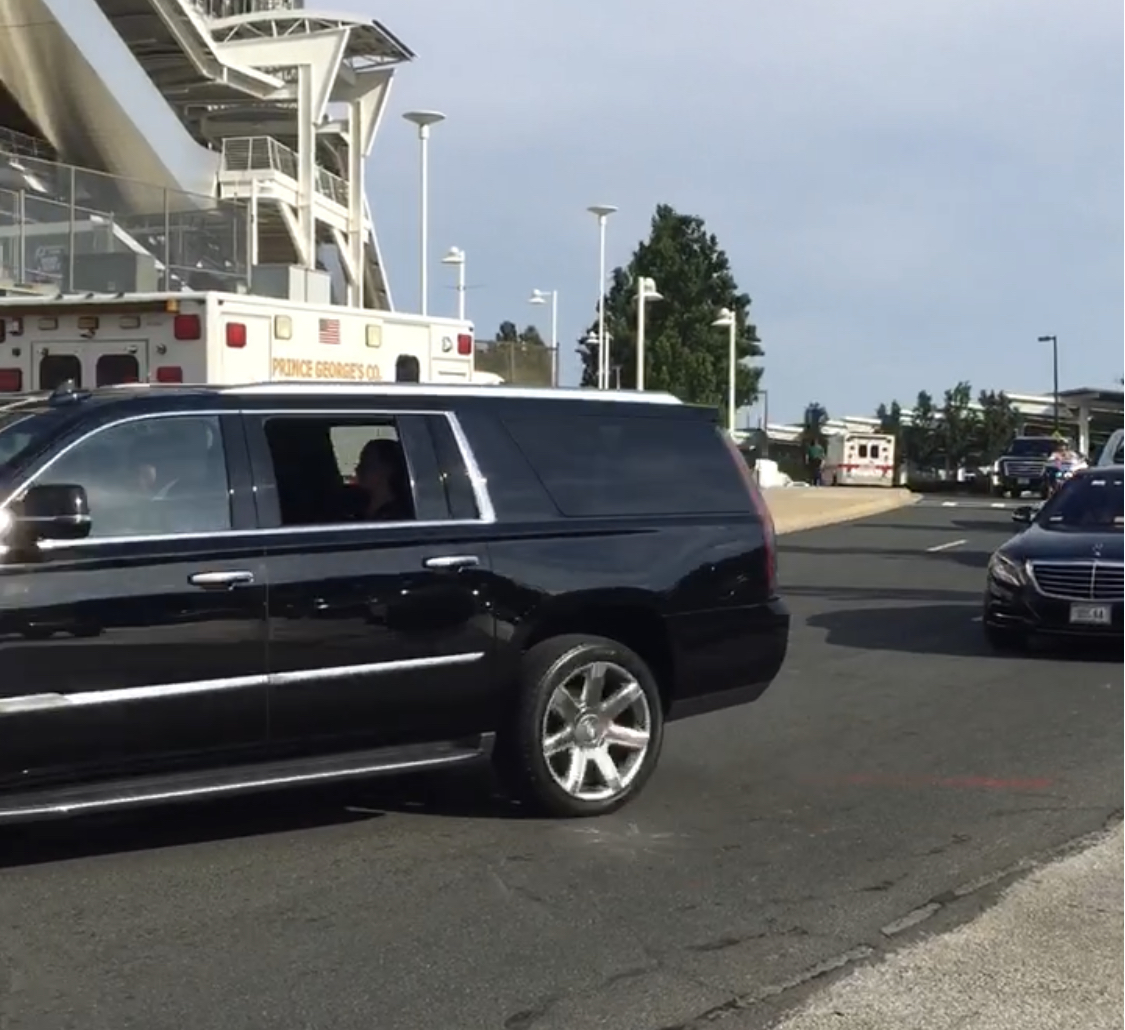 I watched most of the concert from my seat, but spent about a half hour walking around the stadium just to experience the show from different viewpoints. It was a great evening.

My kids did not win the Dad Lottery when it comes to amusement parks. I hate getting on rides and never felt like just standing around waiting for everybody else. Thankfully, Ava loves roller coasters so our kids didn’t miss out entirely.

I doubt I’ll ever enjoy the rides, but I am learning how to enjoy the parks…especially Disney. A couple summers ago I was at a conference a few blocks from Disneyland in California. I had a free afternoon and spent a few hours exploring the park.

I walked around and thought about Walt Disney and his vision. He cared about every little detail at Disneyland and it shows. I had previously read that Walt had a secret apartment in Disneyland and I found it. It’s right above the firehouse on Main Street. 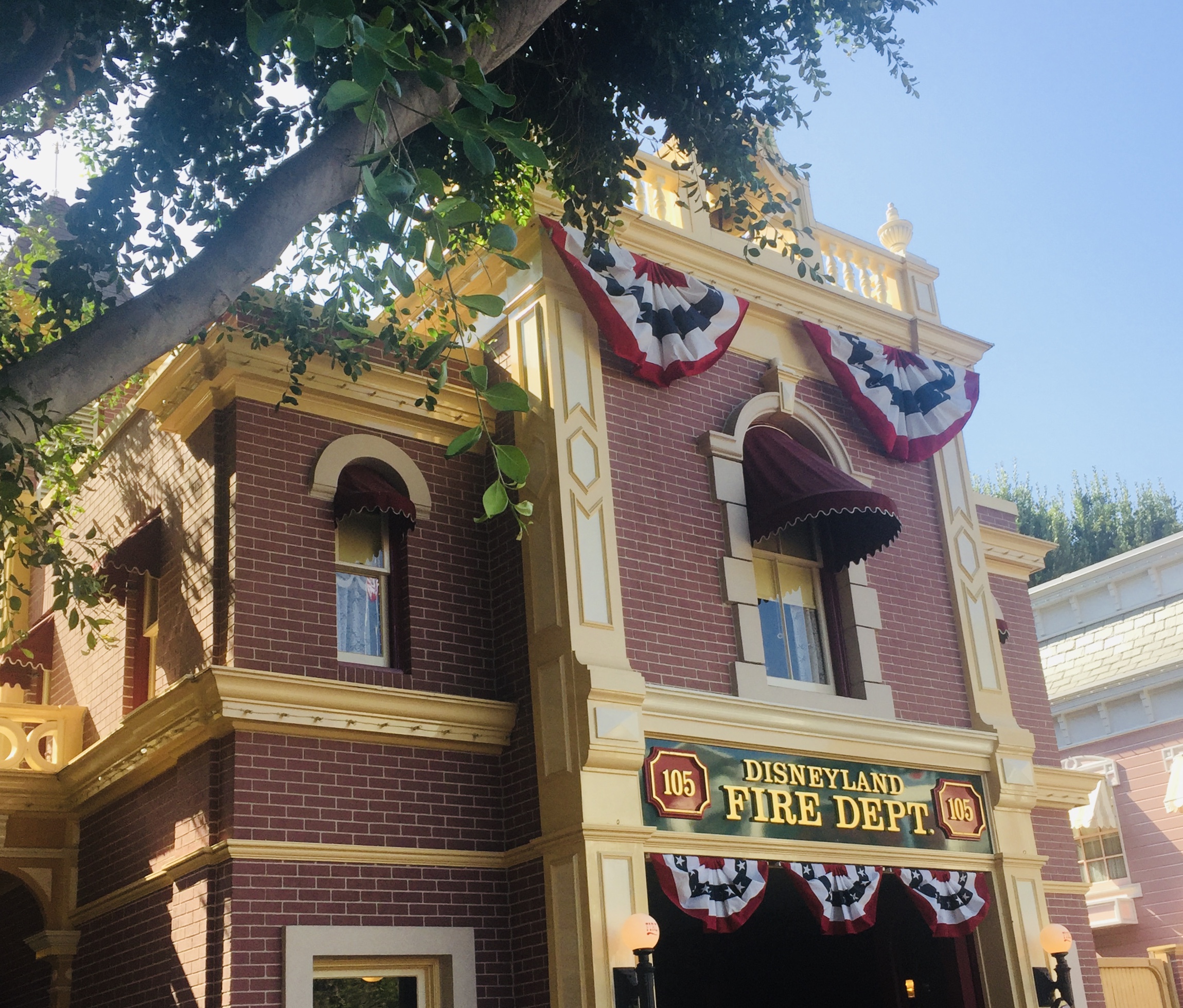 It’s still furnished just the way Walt Disney and his wife left it. I also learned it’s not so secret anymore and Disneyland offers tours of the place twice a day. I got there a little too late for the last one of the day.

I’ve also explored Disney World in Orlando and Busch Gardens in Williamsburg. There’s a lot more to these amusement parks than simply the rides. I wish I had that insight while my kids were younger. Oh well…

We have a park just a couple miles away from our house with a paved one-mile path through the woods. It’s a beautiful walk and the shade knocks the heat index back a few degrees on those hot summer days.

The park, which is maintained by the county, is across the street from the Baltimore Ravens training facility. I’m a huge Ravens fan and have often seen members of the team’s coaching staff and front office walking on the trail before and after practice. I guess you can only do so many workouts in the team facility before you get bored.

Ava also uses the park to run and we will compare Raven’s sightings. She’s one-upped me, though, as she’s actually gotten to know one of the high-profile team executives who also uses the park often. He once stopped in the running store Ava works and he recognized her from the park and they got to talking. They’re now on a first name basis and exchange high fives when they pass each other on the trail.

We love walking through our neighborhood any time of year, but it’s exceptionally beautiful in the summer. Lots of big trees full of green leaves. 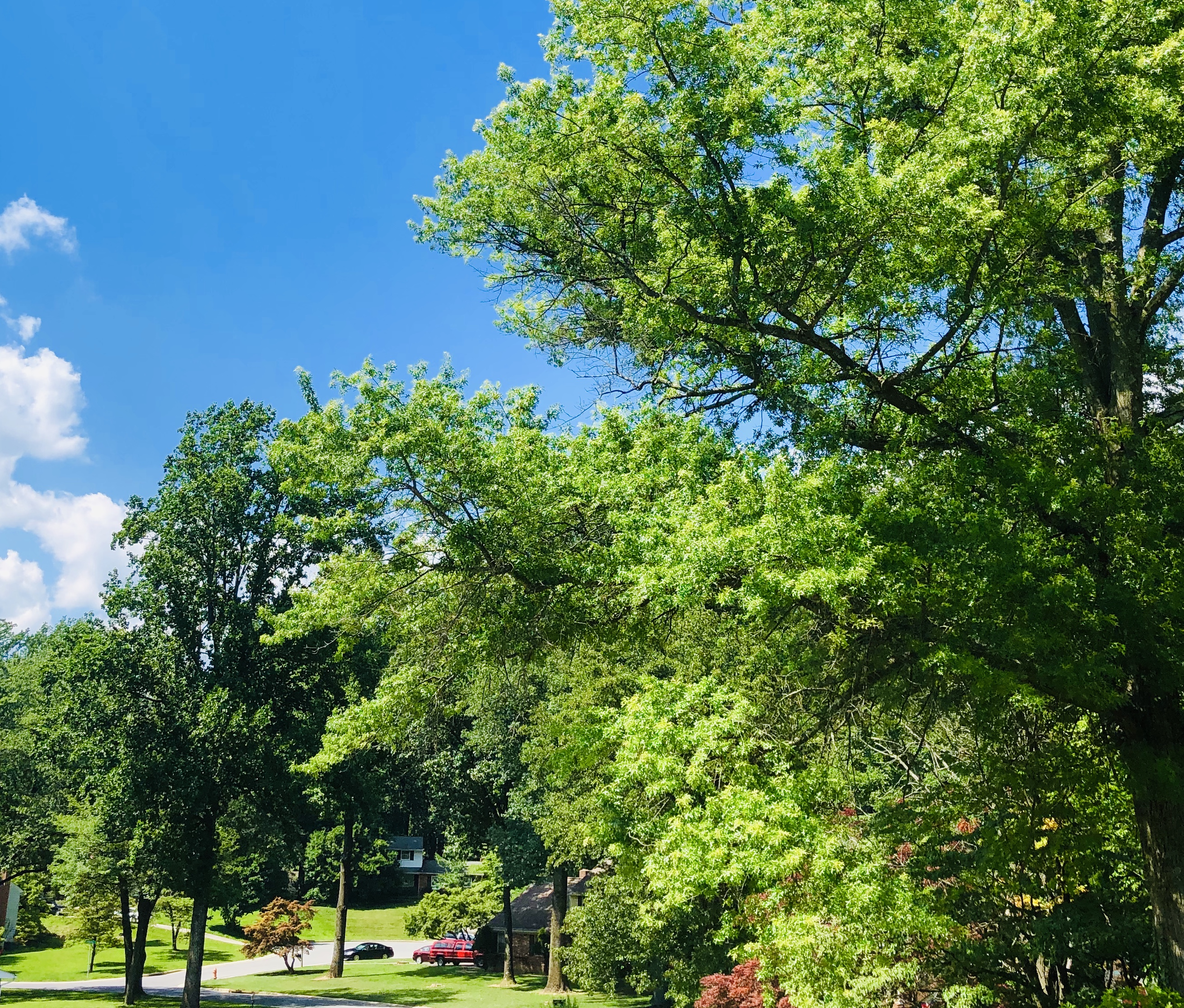 Ava and I have had some of our best conversations walking through along these streets (there are no sidewalks, but traffic is minimal). It was on a walk here last summer that Ava got the call confirming she had breast cancer. We took lots of walks afterwards to process this new reality.

When Ava is not available to walk with me, I’ll strap on my AfterShokz wireless headphones and listen to a podcast as I walk through the neighborhood. I love it!!

Make the World Your Gym

Walking is a fitness activity even if you’re not counting your steps. When you become intentional about walking and start to push yourself…even a little bit…you are pursuing fitness. There are so many opportunities this summer for you to make walking even more of a fitness activity.

Walking for fitness doesn’t require expensive clothing or fancy gear. You don’t even need to belong to a gym because you’ve got a membership to the best gym ever.

The world is your gym. Enjoy your summer and go explore…

If you struggle with motivation to stick with fitness this blog will help. Don’t be intimidated by the title. That’s my goal…not yours. But, my bigger goal is to help you start a fitness journey that doesn’t stop and builds momentum. If you click FOLLOW (below on your phone and to the right and above on your computer) you’ll get an email with a link to each motivating article the moment it’s published.