If Charles Dickens had a Fitbit he would have put more than 20,000 steps on it every day. The man who gave the world Ebenezer Scrooge loved to walk. His passion was fueled by the physical, mental, and emotional benefits.

Mr. Dickens and I have some things in common. Our daily step totals are similar. I also love to walk and my reasons why aren’t much different from his. But, like everybody else who enjoys walking as a fitness activity there are some unique differences.

Charles Dickens was obsessed with walking far and fast. He did most of it all at once. He habitually walked 12 miles every day in two-and-a-half-hours. I get close to that mileage, but it takes me much longer because I’m not going nearly as fast. I also have no interest in taking one long walk every day. I much prefer several shorter walks along with finding ways to move more doing life’s regular activities.

Readers who took The 30 Day New Year Fitness Challenge are crossing the finish line, depending on when they started. I wanted to get some feedback about The Challenge to learn what worked well and how it can be improved.

So I asked. And, the answers are wonderful. Just like me and Charles Dickens everybody who did The 30 Day New Year Fitness Challenge has a unique story.

The 30 Day New Year Fitness Challenge is all about starting with a small goal that pushes you a couple days a week. This concept is based on the sad reality that far too many fitness goals are just way too big at the beginning and are abandoned when the excitement of the first week is gone.

The 30 Day New Year Fitness recommends you take a week to determine how much you are actually walking right now, determine the average, and then add 500 steps to that. That becomes your 30 day goal.

I expected there would be a wide range of step goals and there were. They fell between just under 4,000 to above 15,000. Some readers, like Cathy, used The Challenge to simply increase a goal they’d already been meeting. Cathy had one goal for most of 2019 and used the 30 Day New Year Fitness Challenge to kick start her new 2020 goal.

The 30 Day New Year Fitness Challenge also included a contract with yourself that you could print out and sign. I included this because it’s something that works for me. I can easily make a goal and then just as easily let it go when it gets hard.

I also know that, for me, making the goal is not enough. I also need a commitment to keep the goal. That’s what the contract represented. Not everybody needs this kind of thing. For them, missing a day here and there would not be the end of pursuing their goal. But, for some it is and that’s why I included the contract.

Sure enough, a number of readers said they did not reach their goal every day, but that has not kept them from staying on the journey. For them The 30 Day New Year Fitness Challenge was part of a bigger goal to build fitness into their daily lives.

Charlie said doing The 30 Day New Year Fitness Challenge is helping him develop a fitness habit. Even though he had days when it didn’t work out, the challenge keeps him from being discouraged as he keeps moving forward.

One reader mentioned she does a lot of volunteer work that involves sitting which kept her from hitting her goal every day. She also said she has decided to restart the 30 Day Fitness Challenge in February. She is starting with a smaller goal, but has plans to eventually get it up pretty high.

There were some who did not reach their goal every day because of sickness. That’s understandable. Mary told me she walks, but not every day because her body needs some rest. And, when your body feels that way it should get rest! That’s an important part of fitness.

Other readers told me they didn’t miss a day during The 30 Day Challenge. Carol pulled a hamstring, but never stopped. Judy said on the days when “she felt lazy” she reread some of the blog articles to help her get up and get moving.

Bottom line…some readers used the contract and were committed to reaching their goal every day while others did not. But, at the end of the 30 days both groups were excited and encouraged about the progress they are making.

HOW YOU GET YOUR STEPS

The 30 Day New Year Fitness Challenge does not offer ideas about how to get your steps. Because our lives are different this, obviously, is not possible. But, I loved that many of the readers still told me about the different ways they are meeting their goals.

Juanita says she found someone who likes to walk and they walk together to encourage each other. They’re not on the same page when the weather gets rainy so Juanita says on those days she gets her steps walking around her condo.

Cathy enjoys walking on trails near her house because the roads are not safe. She also said she will walk laps on her driveway. I especially loved that she knew it was 330 steps per lap!

Cathy isn’t the only reader who enjoys trails. Other readers mentioned that as well. And, the mall is a popular option when the weather is not good.

One reader has a fitness walking DVD that she uses on days she can’t get out. Sometimes she even does the workout twice a day. Another reader lives in New York and the weather this winter has made walking outside a bit nicer. (For those who don’t live on the East Coast, winter has been much milder and not very snowy)

Most readers, though, did not mention how they got their steps. One of the great things about walking for fitness is you have so many options. You’re really only limited by your creativity. You can walk inside or you can walk outside. You can walk before work, after work, and sometimes even during work.

Charles Dickens did most of his walking at night through the streets of London. I’ve never been to London, but if I lived there I’d probably do my walking in the morning. The 30 Day New Year Fitness Challenge doesn’t address how to get your steps because it can’t. That’s up to you and those who did The Challenge didn’t seem to have any issues finding ways they enjoyed and worked for them.

The heart of The 30 Day New Year Fitness Challenge is the Win Tracker. It’s a form that allows you to write down your step counts each day. Of course, it’s not needed at all. Your steps are counted in the Fitbit app and accessed any time you want.

But, that’s not the point. In my opinion, fitness is won or lost in your mind. If, like me, you have a history of failed fitness goals you begin to believe you don’t have what it takes. Each time you set a goal and fail adds one more chapter to that story.

The Win Tracker is all about rewriting your story. Every day you reach your step goal is a win. The real value of the Win Tracker is to help you enjoy daily fitness wins…whether you physically write down your totals or not.

Renee summed the point of the Win Tracker beautifully by saying, “this is the year I’m going to be successful in daily exercise.” She’s already increased her goal for February. I love that!

This is the goal of The 30 Day New Year Fitness Challenge…helping you move forward with walking for fitness. It was also the most encouraging aspect of the responses I received.

No one said The 30 Day New Year Fitness Challenge was one and done. Some, like Renee,  have already started their second month.

Kara didn’t even wait until the first 30 days was over before she bumped up her goal. After a couple weeks she increased her goal to one that stretches her even more. Renee, and others, are increasing their goals for the next 30 days. And, some are keeping it right where it is because it’s a goal that still pushes them.

Charles Dickens didn’t increase his goal. He was a man of habit. He woke early to begin writing at 2am. He stopped at 12pm. He walked at night. It appears he kept the same 12-mile walking goal for many years. But, even Mr. Dickens would change things up occasionally. He wrote of one time he got up at 2am and walked 30 miles for breakfast.

My goal has remained the same for almost two years and I have no plans to change it. But, unlike Mr. Dickens I’m not particularly interested in a 30 mile walk to breakfast to change things up.

Cookie’s story is also different. She took The 30 Day New Year Fitness Challenge and started by herself until her husband joined in. She said they both love walking now and it sounds like this is something they plan to do for a long time. I hope so!

EACH JOURNEY IS UNIQUE

When Charles Dickens was 42 years old he wrote a letter to a friend and said that, ‘If I couldn’t walk fast and far, I should just explode and perish.” Indeed, this was a man who loved walking. I do too, although I’m not sure I’d explode if I couldn’t walk anymore. Thankfully, that’s not a choice I need to make right now.

Even so, Mr. Dickens and I share a similar passion. But, his walking life looked far different from mine. And, that was the only real consistent theme I saw in all of the answers I received about The 30 Day New Year Fitness Challenge. Each journey is unique.

Walking for fitness has great benefits…physical, mental, and emotional. These benefits are available to each us. But, that doesn’t mean we all have to do it the same way. We can walk for fitness in a way that fits our unique lives, interests, and capabilities. In other words:

Thankfully, the window of fitness opportunity doesn’t close after the first few weeks of a new year. It’s always open. In fact, I’d argue that might be the worst time to begin a new fitness journey because of the emotions that can fuel the motivation.

That emotional fuel causes a lot of us to start way too big which is rarely sustainable. That makes this a great time to try the 30 Day Fitness Challenge and begin building a fitness habit that becomes fitness momentum which eventually leads to fitness transformation.

You can get started today with The 30 Day Fitness Challenge. It will help you set the perfect starting goal for you. It also includes a contract you can make with yourself and a daily Win Tracker to chart your progress. 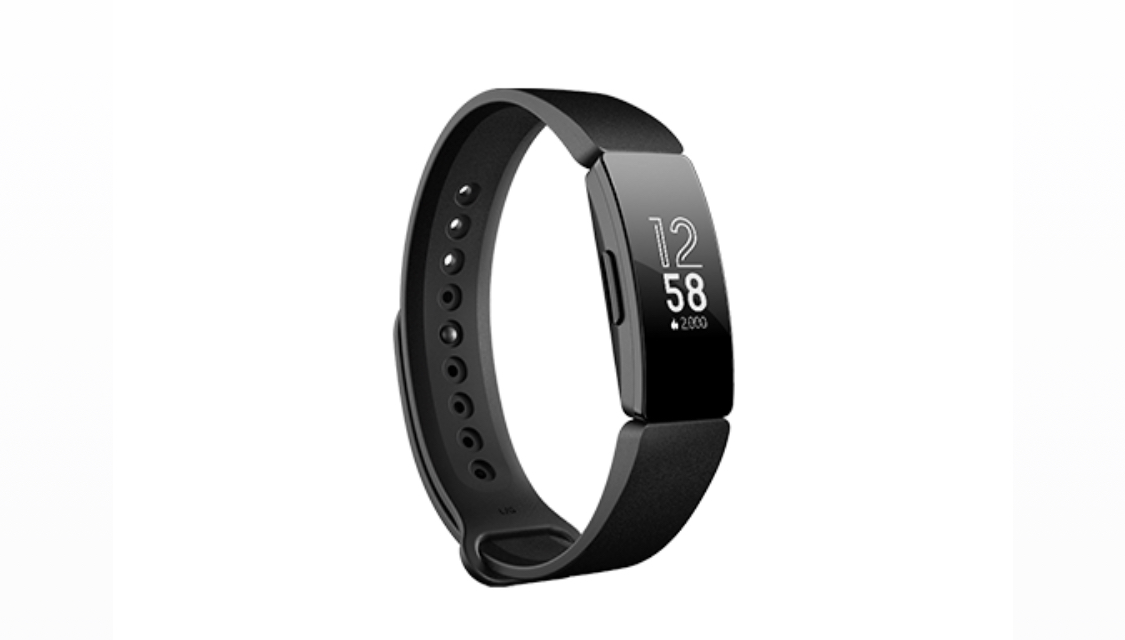 (By the way…if you use the link above to but a Fitbit Inspire HR this blog will receive a small commission. It won’t add anything to what you pay, but letting you know is the right thing to do)

Lastly, this blog is designed to help you embrace walking as a fitness activity. It’s sustainable, flexible, effective, and fun. Every week I post new articles with stories and helpful suggestions to Win at Fitness.